The Year of the Red Monkey

According to the Chinese Zodiac, 2016 has been “the Year of the Red Monkey.”  Red because of the fire element associated with 2016, and Monkey because of the 12 animals in the zodiac cycle.  Here’s a little snippet from the ol’ internet:

According to Chinese Five Elements Horoscopes, Monkey contains Metal and Water. Metal is connected to gold. Water is connected to wisdom and danger. Therefore, we will deal with more financial events in the year of the Monkey. The Monkey is a smart, naughty, wily and vigilant animal. If you want to have good return for your money investment, then you need to outsmart the Monkey. Metal is also connected to the Wind. That implies the status of events will be changing very quickly. 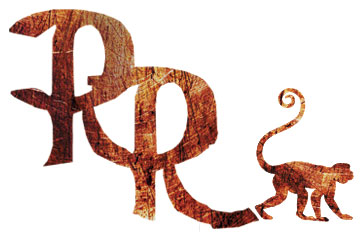 I am certainly not a Chinese astrologist, but as 2016 comes to a close and I reflect back on the year, I am struck by this notion: the status of events will be changing very quickly.  2016 was indeed a year of transition for Refugio Ranch.  At times it felt like riding a rollercoaster – there were intense highs, and harrowing lows.  But ultimately the change we saw this year has been truly positive, and we look forward to 2017 with great optimism and a fresh perspective.  Here is a brief recap on 2016:

Let’s start where it all starts in the wine business, in the vineyard.  Our red wines have received much praise and acclaim over the years.  So much so that we have struggled to produce enough reds to meet the demand, and we are selling out of vintages months before the following vintage is ready for release. In order to meet that demand, early in 2016 we grafted 2.4 acres of viognier to syrah, and planted an additional 2.38 acres of head-trained grenache.   Both of these plantings lie in the “river flats” – the stretch of the Refugio Ranch estate that runs along the Santa Ynez River bed.  These will be our first red grapes planted in these sandy, alluvial soils, and therefore will bring a unique additional flavor profile to the reds produced at RR.  Plus this should significantly boost our red wine case production, and position grenache as a major player in the RR program, alongside syrah and petite sirah. 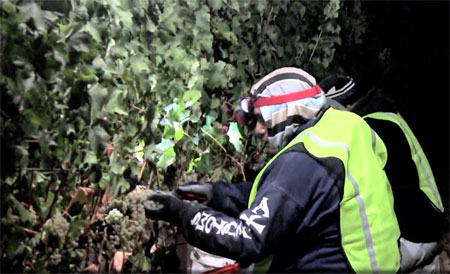 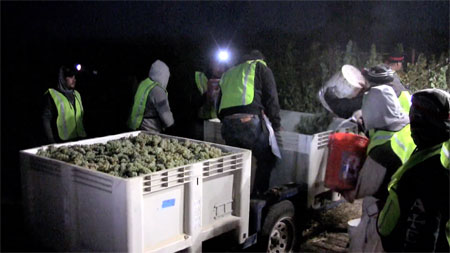 The 2016 harvest was a return to normal in many ways (if there is a normal in California weather patterns anymore!).  This harvest’s yield of 100 tons is where we want to be at RR.  This is up from the mere 60 tons in 2015, and down from the massive 120 tons in 2014.  So it seems we are finding a balance.  With 11 years of vine age and 9 harvests under our belt, the vineyard is truly finding its voice, and Ruben and Ryan are masterfully bringing that voice to life via our wines.  Early signs in the cellar indicate that the 2016 vintage may be the best yet for RR.  Stay tuned!

As our winemaker, Ryan, has said in the past, “You cannot separate terroir from people.  It takes people to select a site, plant it, and give that land a voice.”  So where 2016 was a year of transition in the vineyard, it was also a year of transition for the people who make up Refugio Ranch.

Let’s start with me.  On January 1, 2016 I took over as General Manager of Refugio Ranch.  I have been involved in the wine business that my dad started since 2010 - in various capacities from cellar rat, to creative direction, to salesperson, to tour guide, and everything in between.   But this move to General Manager has been significant.  I have learned a tremendous amount about the wine business in the last year.  I have learned a tremendous amount about business in general!  I studied painting and sculpture in school, then worked in film/TV production in NYC for 8 years – so my business training was scant at best.  I have looked at more spreadsheets in the last 12 months than I had in my entire life before taking over as GM.  Long story short, I love my new position and the responsibility and creativity that comes with it.  I love working alongside my dad and I feel a true pride of ownership in what RR has become, and promises to be.

2016 also saw tremendous change in the RR Team.  Halfway through the year our favorite Scotswoman, Morag, decided that she would be moving back to London.  We had all come to love Morag and the presence that she brought to our tasting room and wine club.  This surprise move left me scrambling to find someone to fill Morag’s very special shoes – one of my first major challenges as GM.  At the time my sister Callie and her boyfriend Matt were on a 3-month walkabout in South America.  I knew that Callie and Matt were doing some soul searching down there, and were contemplating the next chapter of their lives.   This was the perfect opportunity for me to make my pitch.  I called Callie in Argentina and explained that Morag was leaving and that we had an opening in the family business.  After a few more conversations, but not much persuasion, Callie was onboard.  A few weeks later she and Matt arrived in Santa Barbara and Callie took the reins as Tasting Room / Wine Club Manager.  In the 6 months since then Callie has been an amazing addition to the team.  I am so grateful that she is out here with us and her presence firmly solidifies RR as a “family owned and operated” enterprise.

Many of you who have been with us for the long run have noticed some new faces in the tasting room, as well as some familiar faces that are not around.  The Yost Clan, (including Chase, Robin and Hayle) as well as Becca and Michael, have each gone on to follow various other pursuits.  We miss all of their smiling faces, but are grateful they still pop in from time to time to say hi.  We now have the new additions of Bailey and Peter manning the ship in the tasting room, and in just a short time they have become an integral part of the RR Family.  Outside the tasting room our sales rep, Jenn, diligently continues to place our wines in restaurants and wine shops from Ventura to SLO. 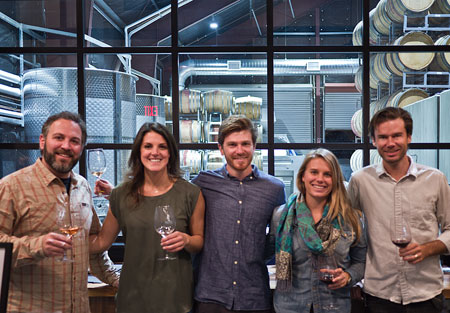 2016 also saw the opening of our new facility in San Luis Obispo.  After nearly 12 months of planning, permitting and renovation we are delighted to open this new SLO HQ, complete with a state of the art winery, cold storage warehouse, and tasting room.  Alex A-Hen Henderson (having proved his passion for wine and commitment to RR at our Los Olivos tasting room) has relocated up to SLO.  A-Hen has stepped into a larger role, managing our new SLO tasting room and warehouse, as well as assisting Ryan and Grace in the cellar.

As you can see, the Year of the Red Monkey has been a wild ride for RR.  We are sincerely blessed to be able to do what we do, and cannot wait to see what the future holds.  Let’s kill it in 2017.  Cheers!

Matthew
@ Dec 13, 2016 at 10:12 AM
Exciting times for Refugio Ranch! 2016 certainly marks a milestone in the short history of the winery and vineyard, and it so evidently demonstrates that hard work and careful planning will lead to many more years of success and growth. Cheers!

KarenHeinz
@ Jan 6, 2017 at 10:04 PM
http://essayservices.org
That was beautiful. I loved the way you shared the experience here and it has got some sort of extra feeling. Thank you for sharing.